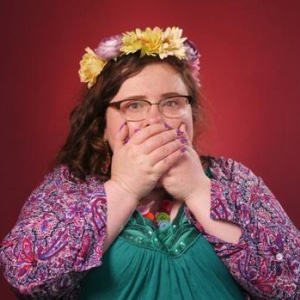 Alison is an award-winning writer and comedian. She is the creator and star of the television series Nowhere Fast, which recently aired on RTÉ2 to great critical acclaim.

Her RTÉ Comedy Bites series of sketches were very well received and she wrote and performed her own segment, A Guide to Mullingar for the RTÉ series Republic of Telly. She has contributed to a number of other sketch shows. She was team captain on the panel show Choose or Lose for RTÉ 2. She has also presented their coverage of Electric Picnic. Alison appeared on RTÉ’s New Comedy Awards. She wrote and starred in Alison Spittle in Ireland, a short film produced by Baby Cow Productions for Sky Arts.

For radio, she is a weekly contributor to The Right Hook on Newstalk every Friday and live-blogged the most recent elections for the station. She has her own chat show style podcast, The Alison Spittle Show with guests such as Aidan Power and Kevin McGahern.

She has performed at numerous festivals including the Vodafone Comedy Festival at the Iveagh Gardens, Body & Soul, Electric Picnic and Kilkenny Cat Laughs.

Alison is a columnist for headstuff.org and formerly the University Observer. Her article Why can’t all lads be sound like Hozier gained national attention. It’s one of the most popular articles on that website and trended on Twitter. She performed at the Mountains to Sea Festival, Dun Laoghaire for The RTE Book Show.

All sessions by Alison Spittle

Crypto After the Crash

Diary of a Hedgefund Manager