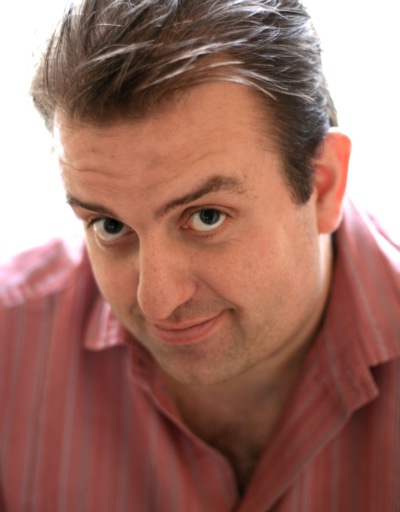 Karl Spain has been in stand-up comedy for over fifteen years.

Karl is probably best known in Ireland for his TV series Karl Spain Wants A Woman, which was a huge success in that he not only got huge ratings but he also found himself a woman. In 2009 he filmed Karl Spain Wants to Rock but did not get a woman from that show. Apart from his own series he has also performed stand up on television all over the world – the U.S, the Middle East, Australia and even as far away as England. He has also appeared on Liffey Laughs, The Late Late Show, The Panel, Tubridy Tonight, The Afternoon Show and The Offside Show.

Karl was recently team captain on Don’t Quote Me for RTÉ Radio 1, which was recorded live at the Project Arts Centre and hosted by Sean Hughes.

He regularly does corporate gigs and spends all his money on sweets and comics.

2015 saw the premiere of his first pantomime, Freezin’: The Story of The Snow Queen which he co-wrote with fellow comic Al Porter. The pair also co-wrote a short film for Sky one as part of the Irish shorts series. Karl is a resident writer for Republic of Telly and for countless other comedians.