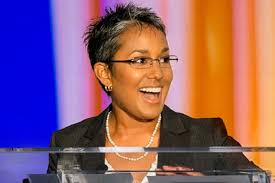 Because of her deep commitment to making a difference. Caribbean Economist Marla Dukharan has become a leading voice in the call to reduce gender and income inequality, promote new models for growth. and to introduce fiscal responsibility frameworks.

Marla is recognized as a top economist and thought-leader in the Caribbean, well-known for her series of change­ inspiring webinars on key issues of regional importance. such as the need for fiscal resilience, sustainable growth. and defeating crime and corruption. Her monthly Caribbean Economic Report has become a critical piece for regional monitoring, closely following risks, vulnerabilities and successes in top Caribbean economies.

Marla has established herself as a key point of reference for Caribbean issues on a global scale, leading discussions and publishing reports on the Caribbean implications of global phenomena such as financial sector de-risking, readiness for the digital age, climate change, and geopolitical developments such as Brexit and changing US policies.

Marla’s strategic analyses and recommendations have positioned her to play an important role in influencing public policy and private sector decision-making. She has become a highly sought-after speaker for key industry, multilateral, and academic conferences on an international scale. She regularly consults for multinationals offering clear vision into the region and advises private-sector Boards of Directors throughout the Caribbean.

All sessions by Marla Dukharan

Why We Need More Women in Economics

The World in 2023: Reasons to be Cheerful – The Positive Economist